Seeing isn’t everything…it’s the only thing 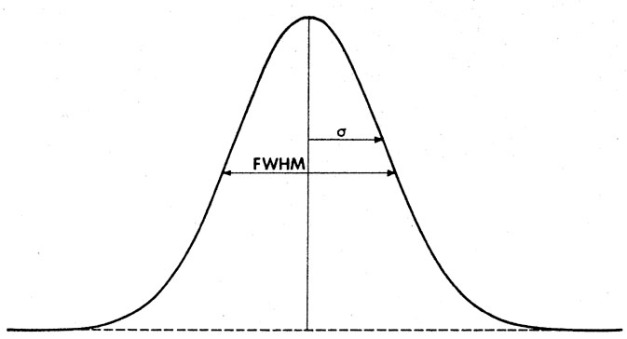 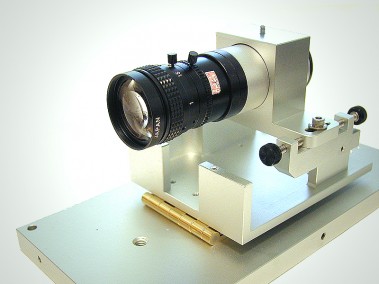 The “Seeing Monitor” is actually an astronomical ccd camera housed in a stable platform with a 100mm lens screwed on it. 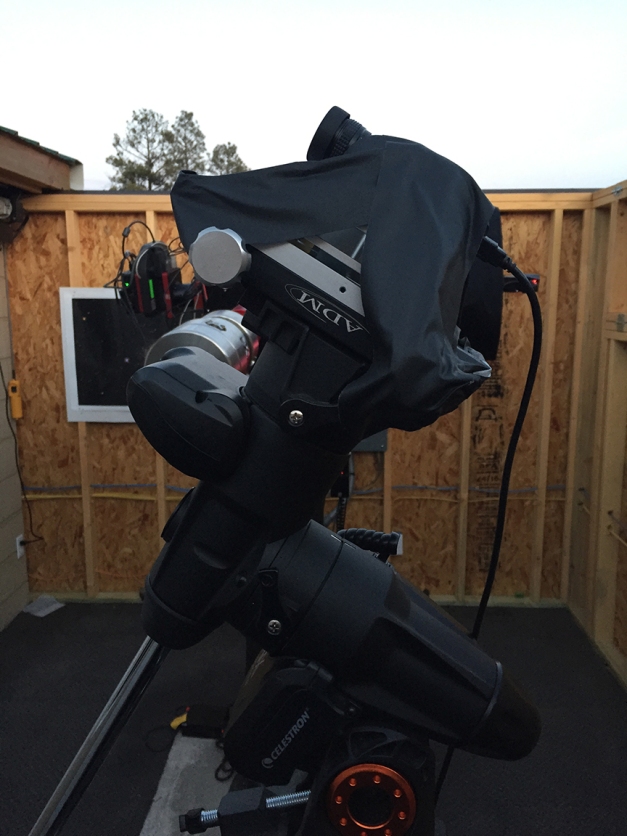 Here is the monitor taped onto my AVX mount! It enabled me to point to Polaris fairly easily 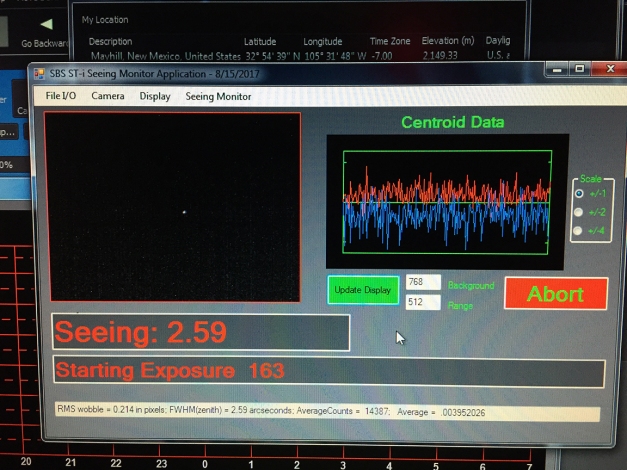 And now the moment we have been waiting for! This is the seeing monitor live program which takes a series  of 0.01 sec exposures of Polaris, which you can see in the capture window, and over a series of exposures the seeing can be calculated. This is maybe slightly better than average suburban seeing which is by my experience 2.5 – 3 arc seconds

The seeing graph generated over the evening’s imaging session. The FWHM is in white. The blue is what is called “Polaris counts” which is a brightness reference and tells you how clear the visibility was based on the optimal value of 5. You can see the seeing was average at best but this was only one night of testing. More to come!