Orion the Hunter arrives heralding the start of Winter in the northern hemisphere. He brings with him a host of glorious star-forming regions of our galaxy. Finally I believe I can complete an imaging project on the popular Horsehead nebula which I have been trying for years now. Back on the east coast Orion is fairly low on the horizon and the Horsehead is at the lower end of Orion’s belt so not a particularly favorable target. Here in the Southwest it is better positioned. I have been able to finally test my 3nm HA (hydrogen alpha) filter! It’s a perfect target for that with the broad emission nebula behind the dust. 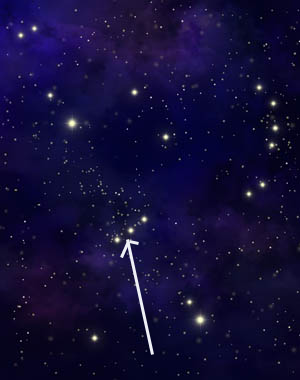 Constellation Orion which dominates the winter sky in the northern hemisphere. Arrow points to the approximate location of the Horsehead nebula 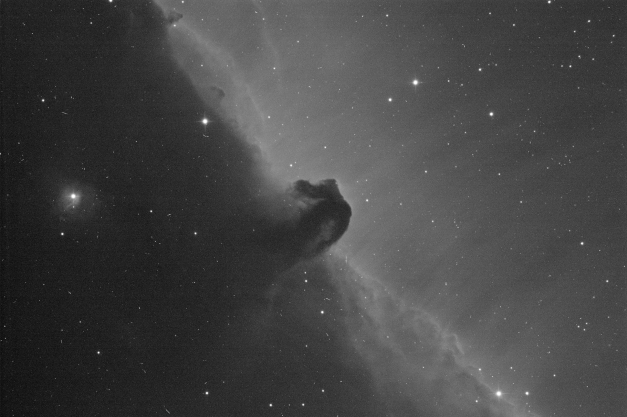